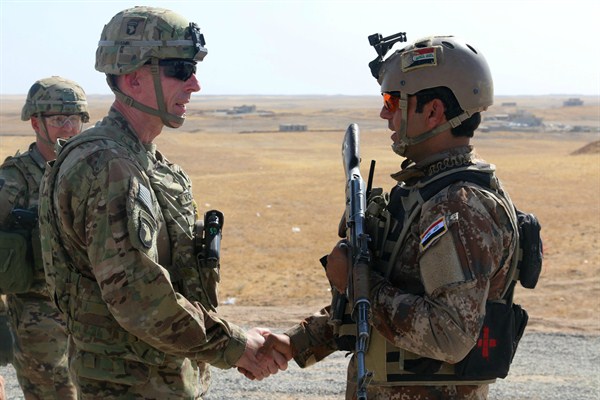 WikiLeaks founder Julian Assange has defended the unauthorised release of 400,000 classified US military documents on the war in Iraq, saying they revealed the “truth” about the conflict. The mass of documents from 2004 to 2009 offer a grim snapshot of the conflict, especially of the abuse of Iraqi civilians by Iraqi security forces.
“This disclosure is about the truth,” Assange told a news conference in London on Saturday after the whistleblowing website published the logs on the Internet.
“The attack on the truth by war begins long before war starts, and continues long after a war ends,” he said, adding that WikiLeaks hoped “to correct some of that attack on the truth”.
He claimed the documents revealed around 15,000 more civilian deaths than were previously known about.
The heavily redacted logs appear to show that the US military turned a blind eye to evidence of torture and abuse of Iraqis by the Iraqi authorities.
Assange said the documents showed the war had been “a bloodbath on every corner”.
Washington and London warned that releasing the documents could endanger the lives of coalition troops and Iraqi civilians, although the rights ministry in Baghdad said the
logs “did not contain any surprises”.
In an announcement which could further concern the United States, WikiLeaks spokesman Kristinn Hrafnsson said the website would soon release a further 15,000 secret files on the war in Afghanistan which had been held back for line-by-line reviewing and redacting.
WikiLeaks enraged Washington by releasing 92,000 documents on the Afghan war in July, and drew criticism from rights groups who said the inclusion of Afghan informants’ names put lives at risk.
The files published on Friday contain graphic accounts of torture, civilian killings and Iran’s hand in the Iraq war, documenting years of bloodshed and suffering following the 2003 US-led invasion to oust dictator Saddam Hussein.
In one document, US military personnel describe abuse by Iraqis at a Baghdad facility that was holding 95 detainees in a single room.
It says “many of them bear marks of abuse to include cigarette burns, bruising consistent with beatings and open sores… according to one of the detainees questioned on site, 12 detainees have died of disease in recent weeks.”
Other reports describe Iraqis beating prisoners and women being killed at US military checkpoints. WikiLeaks made the files available several weeks ago to selected newspapers and television channels, including Al-Jazeera, Le Monde, The New York Times, Der Spiegel and The Guardian.
British newspaper The Guardian said the leaks showed “US authorities failed to investigate hundreds of reports of abuse, torture, rape and even murder by Iraqi police and soldiers whose conduct appears to be systematic and normally unpunished.”
It said “US and UK officials have insisted that no official record of civilian casualties exists but the logs record 66,081 non-combatant deaths out of a total of 109,000 fatalities.”