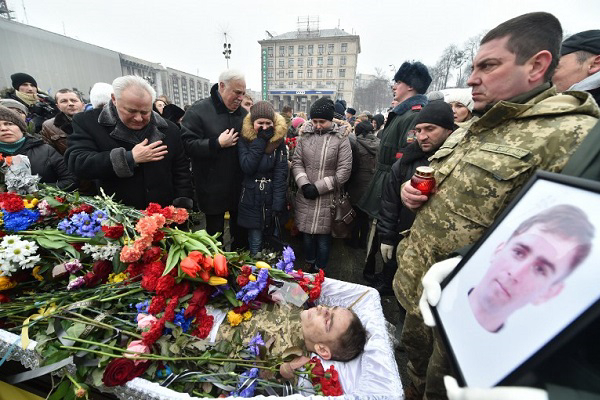 KABUL: A NATO soldier was killed in an insurgent attack in eastern Afghanistan on Sunday, the military alliance said on Monday, bringing the death toll among foreign troops this year to 600.

NATO’S International Security Assistance Force announced the death in a statement, but gave no further details. Another NATO troop was killed in a bomb blast in the Taliban heartland of southern Afghanistan on Sunday.

The latest death brings to 600 the number of foreign soldiers who have died in the Afghan war this year, compared with 521 in all of 2009, according to an AFP tally based on a count kept by the icasualties.org website.

A total of 2,170 NATO soldiers have been killed since the 2001 US-led invasion of Afghanistan which overthrew the hardline Islamist Taliban regime, including almost 1,350 US troops.

The United States and NATO have more than 150,000 soldiers in Afghanistan fighting the Taliban-led insurgency, which is at its most intense in the southern provinces of Kandahar and Helmand.

International and Afghan forces are currently engaged in a major offensive around Kandahar city — capital of the province of the same name — aimed at pushing the insurgents out of the area to bring an end to the nine-year war.

The US special envoy for Afghanistan and Pakistan said on Sunday that an increasing number of Taliban leaders are showing interest in talks with the US-backed government in Kabul as pressure mounts from the intensifying NATO military campaign.

“What we’ve got here is an increasing number of Taliban at high levels saying, ‘Hey, we want to talk,'” Richard Holbrooke said in an interview with CNN.

“We think this is a result in large part of the growing pressure they’re under from General (David) Petraeus and the ISAF command.”

But he cautioned that the feelers so far add up to “contacts and discussions” rather than peace negotiations to end a war now in its 10th year.

The New York Times reported last week that Taliban leaders were being offered safe passage by NATO troops from their sanctuaries in Pakistan, and in one case were flown to Kabul in a NATO aircraft.

Afghan President Hamid Karzai has set up a High Council for Peace to pursue a dialogue with the Taliban and other insurgent groups.