Honey bees
Honey bees are social insects found all over the world. They are an extremely important beneficial insect because of their role in pollination. Honey bees pollinate more than 100 crops in the U.S. Honeybees do sting, but they only sting once. The sting can be extremely painful if the stinger is not immediately removed from the sting. Persons allergic to insect stings will have a more severe reaction. 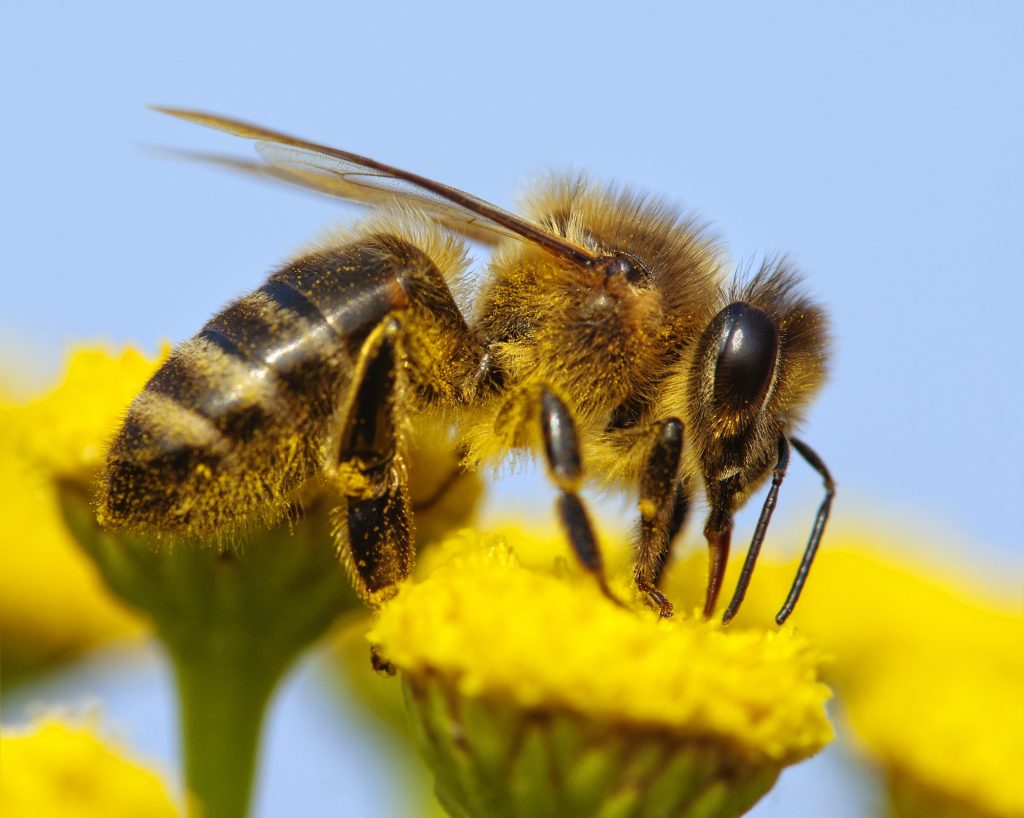 Cockroaches
The German cockroach is by far the most important and usually the most common of the cockroaches. In addition to being a nuisance, the German cockroach has been implicated in outbreaks of illness and allergic reactions in many people. This species has worldwide distribution. German cockroaches can be found throughout structures but show a preference for warm and humid places. They are usually found in kitchens and secondarily in bathrooms, but infestations often occur in rooms where people eat and drink. 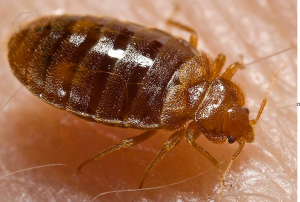 Fleas
Fleas are parasites that feed on the blood of any warm-blooded body. The most common species is the cat flea, which often feasts on cats, dogs, and humans. Fleas transport themselves on rodents and other mammals. They infest both household pests and wild animals. Fleas use their powerful legs to jump as high as 8 inches vertically and 16 inches horizontally. Fleas are the most common transmitter of the rare Bubonic Plague. 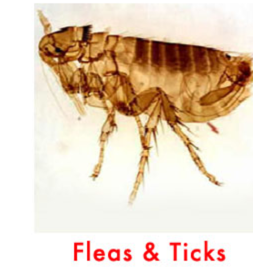 Rats
Roof rats get their name from their tendency to be found in the upper parts of buildings. Ranging in size from 6 to 8 inches in length, not including their tails, they have very poor vision and are color blind. They do have extremely strong senses of hearing, smell, touch, and taste. Roof rats are known for the damage they cause by chewing on materials and eating stored foods. Roof rats can be found in the upper parts of buildings, and can also be found under, in, and around structures. They only need a space of one-half inch to get into buildings. 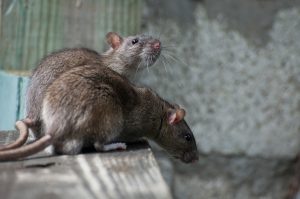 Mice
The house mouse is the most common rodent pest in most parts of the world. It can breed rapidly and adapt quickly to changing conditions. House mice can breed throughout the year and can share nests. House mice live in structures, but they can live outdoors. Microdroplets of mouse urine can cause allergies in children. Mice can also bring fleas, mites, ticks, and lice into your home. 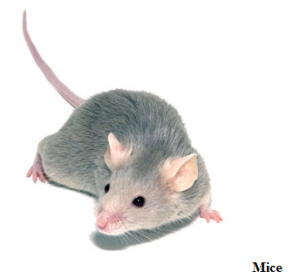 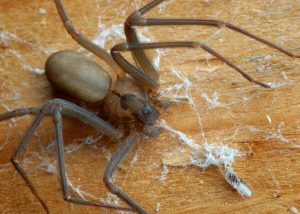 There are other common spiders such as the House spider. Control treatment is virility the same. Controlling a spiders’ food source will help control spiders.

Bed Bugs
The common bed bug (Cimex lectularius Linnaeus 1758) is an ectoparasite insect (a parasite that lives on the outside of the body of the host) of the family Cimicidae. Bed bugs feed only on the blood of humans and other warm-blooded hosts. Although they have a cryptic behavior and can conceal themselves in tight cracks and crevices, bed bugs are often found in bed parts, such as mattresses and box springs, hence the common name.

The Indian Meal Moth was given its name after an insect scientist found it feeding on corn meal, also known as Indian meal. From wing tip to wing tip, adult moths measure from five-eighths of an inch to three-fourths of an inch long. These moths like to feed on dried fruits, grains, seeds, nuts, chocolate, candies, birdseed, dog food, powdered milk, dried red peppers, and candy.

Merchant Grain Beetles are typically not found in grain products, but instead like to attack cereals, cake mixes, macaroni, cookies, and chocolate. Merchant grain beetles are dark brown and have six saw-like teeth on each side of their bodies. They can grow to be one-eighth of an inch long and have very flat bodies. The merchant grain beetle’s body shape allows it to crawl into the packaging to eat, live and have babies.

We care about your family and the environment. We will determine your pest level threshold and customize a pest solution to your needs. We will utilize the Integrated Pest Management (IPM) approach to pest control, which means more than just applying pesticides, but allows our licensed and trained technicians to utilize all available tools and control methods to establish the desired level of control. IPM is a partnership between you and us. Ask about our Environmentally Smart product solutions and services.

We offer a FREE pest inspection by one of our Licensed/Experienced technicians, we will inspect your property and provide you a solution to your pest problem.

When you call us for a FREE inspection, we will visit your property to determine the source and extent of your pest problem. Then we’ll give you a quote. If you accept the quote, we will treat for your pests and provide follow-up services.

To learn how we can help you solve your particular pest problem, please give us a call.

The Insurance Company Denied My Claim. What Now?

If an insurance company, whether it is your provider or the provider of someone who caused you harm, denies your claim, it could be failing to fulfill its legal obligations. This is often called acting in “bad faith,” and you have the right to challenge the insurance company in such a scenario. Speaking with a knowledgeable injury attorney is a good place to start so you can find out what options are available to you. An insurance provider is legally and ethically responsible for settling claims fairly with those who have purchased a policy that offers such protection. This includes the responsibility for the company to pay out compensation to a victim who was harmed by the negligence of a person it insures. 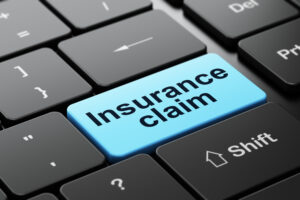 If an insurance company is limiting your ability to pursue a claim or is refusing to give you specific reasons for denying a claim, it may be sidestepping its legal responsibilities. The first thing you should do is contact the insurance adjuster and explain why you believe you’ve been denied in bad faith. You may get him or her to pay attention if he or she knows you understand this concept. If you still cannot get the help or information you deserve, write an accusation of bad faith letter to the insurance company and use the name of the adjuster involved with your case. A letter like this may quickly change the company’s stance on your situation.

If these steps do not work, it is time to speak with one of our attorneys. If we can prove that the insurance company denied your claim in bad faith, we can likely earn you compensation well above the original amount of your claim. The insurance provider may wish to instead negotiate a settlement to avoid a fight in court, in which case you are likely to receive fair compensation for your claim and possibly any additional costs you incurred related to your case. Our team has tried more than 40 cases to jury verdict. We will aggressively fight for your rights no matter what the challenges, and we will do so at no cost to you unless we win. 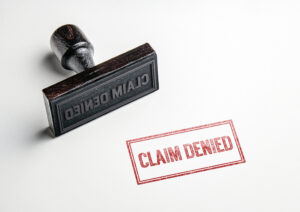 For more information about how an injury lawyer can help you, please contact our office.

The advantages of hiring a neck injury attorney

If you or the person you love were injured in an accident for which you were not at fault, call our office for a free consultation. We have decades of experience with neck injury claims. 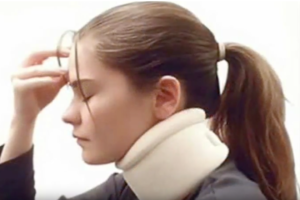 We understand that you, as an injured individual will most likely want to get back to work as soon as possible. Don’t forget that your health is more important than anything else. Do not return to your workplace unless you feel ok again, otherwise you risk to re-injure yourself and need medical assistance again. You probably worry because you know that lost earnings, medical expenses and property damage can quickly place a family in a financial bind. Once you hire a skillful negligence lawyer, you will see that you will worry no more. He/she will not only earn you a settlement to cover your medical bills but will also negotiate finances to cover your pain, suffering, loss of companionship and all other unexpected neck accident-related expenses.

The most frequent neck injuries that need recovery treatment are:

Unfortunately both of them can result in chronic pain if they are not treated in time. It is important to act quickly and arrange a lawyer that will get you the finances to cover your medical bills. Do not be tempted by the settlement offer of the insurers of the negligent party. Regardless of the fact that they claim to have your best interest, they provide finances to compensate you only for your primary neck injury medical bills. Quite often severe whiplash injuries require secondary treatment. Bear in mind that once you settle with them and decide to skip the court procedures your neck injury case is over and you have no rights to appeal and demand further finances, no matter how much extra medical treatment is needed in the future. It is wise hire a negligence lawyer. By doing so you will financially secure your future after the accident you’ve been involved in.